Smithville Village is the historic centerpiece of Eastampton Township in Burlington County, NJ. Situated in a rural setting amongst abundant natural resources and within reach of the economic centers of Philadelphia, New York and Washington, it was once a model industrial village of the 19th Century surrounding a mill operation on the Rancocas Creek. It is maintained today as a part of the Burlington County Parks System. The village is a historic district and listed on the National Register of Historic Places.

In 2004 MPG contracted with Burlington County to resurrect Worker’s Houses 6 & 7, which were very nearly in ruin. A long-failed roof and exterior envelope led to significant water infiltration damage and rot. In addition, damage from wood-destroying insects had compromised a majority of the structural framing. MPG and its team of qualified subcontractors took on the complete restoration of the project, breathing new life into the houses and making them useful once again as office and programming space for the County Parks Service.

The project began by selectively dismantling all decayed elements of the two-story duplex structure preserving only the stone foundation, interior staircases, portions of the stud framing on perimeter walls and limited amounts of exterior sheathing. All existing original wood windows and doors were harvested for restoration and reinstallation.

Once the frame had been reconstructed, the exterior envelope re-established and new underground utility services installed, the rest of the project was carried out very much like a new construction build, although maintaining historic sensitivities and standards where applicable. The project was complete with insulation, roofing, drywall, trim, hardwood and tile flooring, mechanical, electrical and plumbing.

On the exterior, architectural features such as painted wood clapboard siding, custom fabricated metal brackets and the restored wood windows and doors make the building look exactly as it would have in the 1800s. Interior features such as the restored wood staircases and appropriate wood trim profiles, as well as carefully selected hardware and fixtures, provide a period appropriate aesthetic while the MEP upgrades and low profile interior storm windows provide modern comforts and amenities for the occupants. 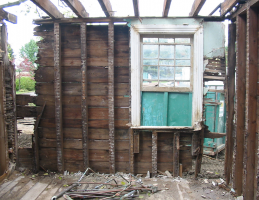 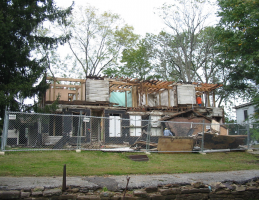 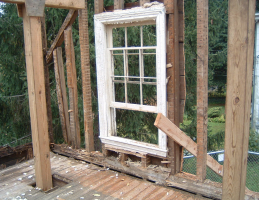 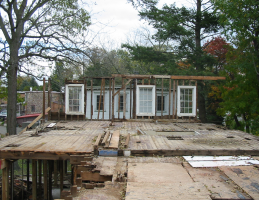 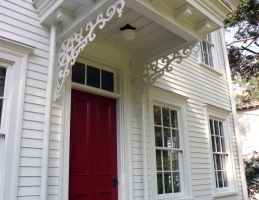 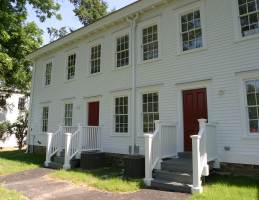 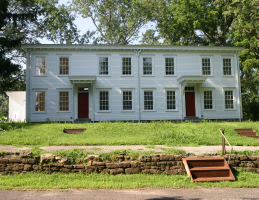 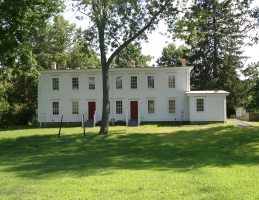 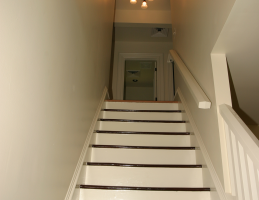 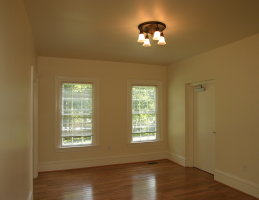 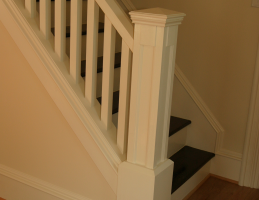 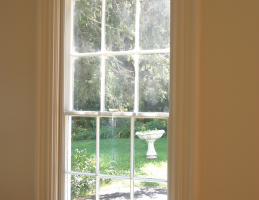 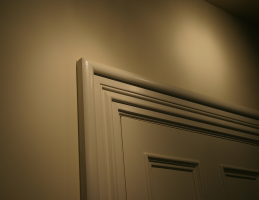