The Woodlands is a designated National Historic Landmark site located in University City, Philadelphia. The 54-acre (once 300-acre) former estate of William Hamilton sits along the west side of the Schuylkill River. The Mansion, dating back to 1770 with phases of expansion through 1789, is regarded to be one of the greatest American domestic achievements of the 18th century and was surrounded by one of the finest contemporary English pleasure gardens of its time. A true horticultural marvel, the Mansion played a role in shaping the American landscape and horticultural experience of today.

One particularly sophisticated feature of the Mansion is the Cryptoporticus – a large, subterranean, vaulted corridor supporting a terrace above. Thought to be one of only very few structures of this kind in the country, if not one of a kind, this extremely complex structure provided an exciting challenge for MPG’s management team and skilled masons. The brick arch structure had failed, requiring extensive rehabilitation and reconstruction efforts. Every stone and thousands of individual bricks were documented, numbered, cataloged, delicately removed, salvaged and reinstalled in their exact original location and orientation. New challenges presented almost daily, engineering tolerances were minimal and finite precision in every detail was absolutely critical to success.

After the successful completion of the Crytoporticus rehabilitation, the owner contracted with MPG to continue work at The Woodlands repointing portions of the exterior stonework at the Hamilton Mansion and Stable. MPG worked with the owner’s conservator to develop a custom replication mortar mix to match the original material including a blend of two sands, mica, slag fleck – and even going so far as to manufacture small chunks of lime as were found in the original historic mortar. In addition, MPG was also selected for the restoration and reinstallation of a checkerboard pattern white marble and brownstone floor on the Mansion’s South Portico using a blend of new and original historic materials. 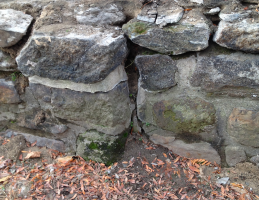 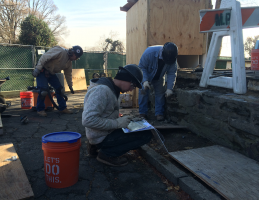 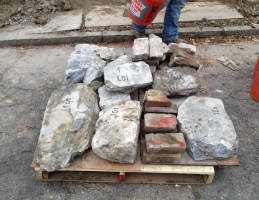 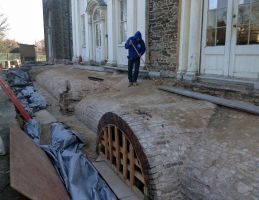 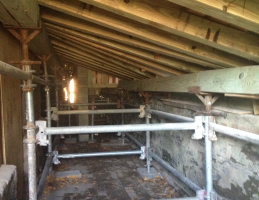 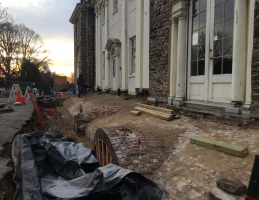 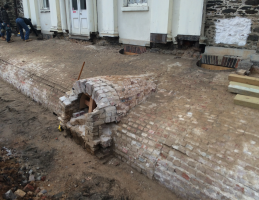 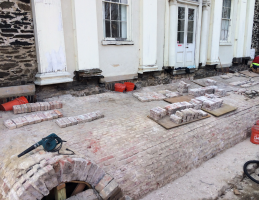 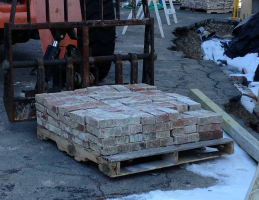 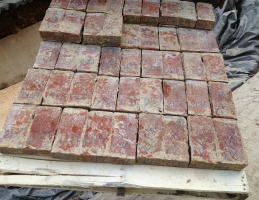 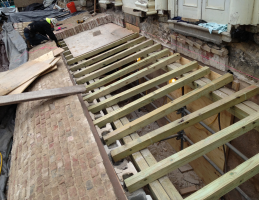 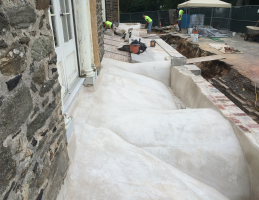 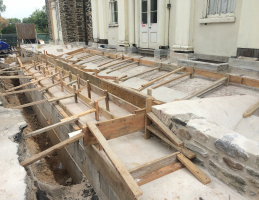 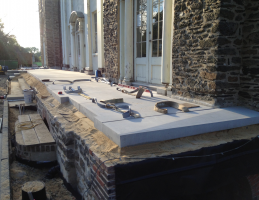 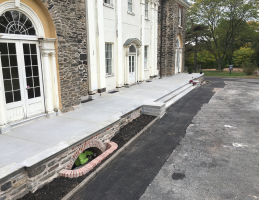