On the highest hillside of the Atlantic Ocean’s coast from Maine to Florida, and hidden deep in the woods of New Jersey’s Navesink Highlands, lies a two-turret concrete battery which once housed two enormous 16” caliber guns. Battery Lewis was part of a World War II-era heavy artillery coastal defense system which would defend against enemy ship access into New York Bay and prevent the possibility of landings. This was the only 16” gun battery in New Jersey. The imposing structure was designed to withstand both battleship and aerial attack and it was constructed of heavy steel and thick reinforced concrete which was then covered with earth. After WW II, the guns were dismantled, cut up and sold for scrap and the land ultimately transferred to the County of Monmouth to create Hartshorne Woods Park. Other structures on the military reservation were demolished; however, the battery itself still stands.

After decades of nonuse and exposure to the harsh coastal environment, the concrete structure suffered severe decay. In an initiative by Monmouth County to repair and improve this historic site for public enjoyment and visitation for tours and education, MPG was contracted to complete a Phase I restoration and rehabilitation project. The project included broad scale repairs to the concrete casement canopy and wing walls as well as new waterproof coatings. 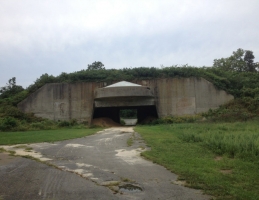 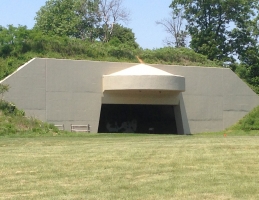 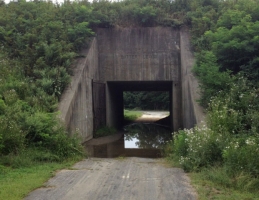 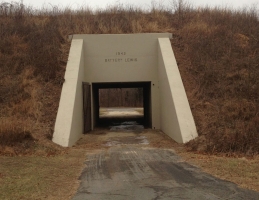 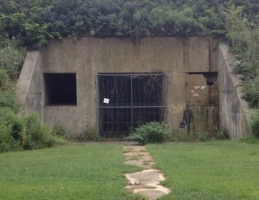 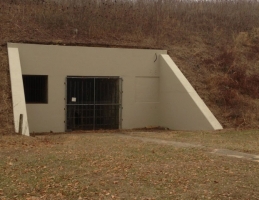 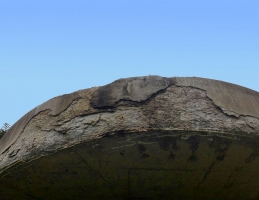 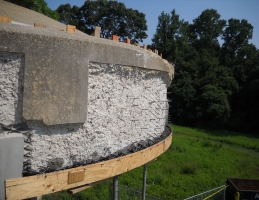 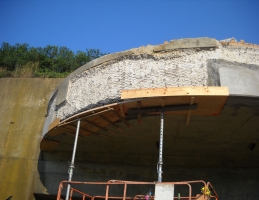 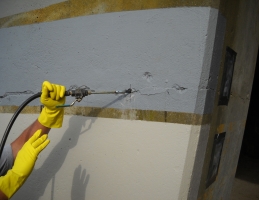