Beneficial Bank Place is a massive 40-story reinforced concrete commercial high-rise in the heart of downtown Philadelphia’s business district. Constructed in 1974 and standing at an impressive 510 feet tall, it currently ranks as Philadelphia’s 11th tallest building. It was the first building constructed over the unofficial height restriction of William Penn’s hat on the prominent statue which sits atop City Hall, and thus ended an 86-year long “gentleman’s agreement.” For a period of 13 years after, 1818 Market Street held the title of the City’s tallest building until the erection of One Liberty Place took that title in 1987. However, it remains Philadelphia’s tallest reinforced concrete structure today.

MPG was contracted to perform a complete façade rehabilitation addressing the repair of spalled concrete, replacement of all exterior joint sealants, new waterproof coatings to all exterior concrete and metal panels and reconstruction of the severely deteriorated cast-in-place concrete parapets. The project involved many significantly complex undertakings due to its enormous height and footprint, the nature of the work being performed and ensuring public safety while performing heavy surgery directly above some of the busiest sidewalks and street corners in Philadelphia.

MPG was also able to develop a value engineering concept in which we could complete the work without having to remove and reinstall the large Beneficial signs at the top of two elevations, thereby saving the client several hundred thousand dollars. 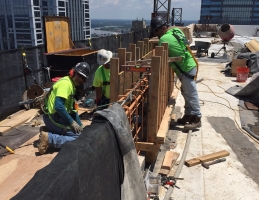 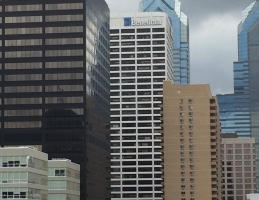 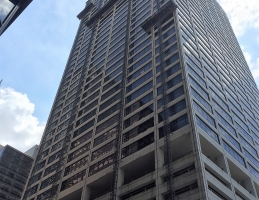 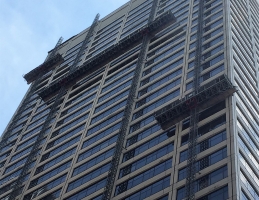 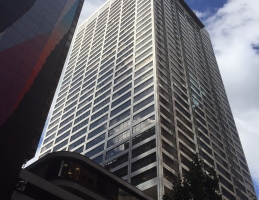 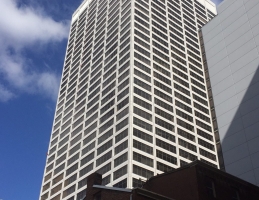 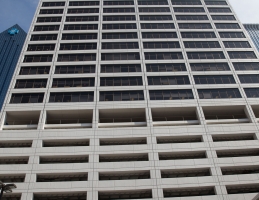 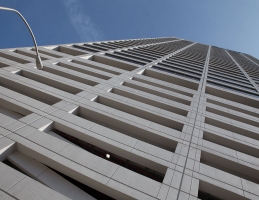