The Union League of Philadelphia, currently ranked as the number one private club in the country, is a stunning piece of history founded in 1862 as a patriotic society to support the policies of President Abraham Lincoln. Originally constructed in 1865, today the building stands prominently in the heart of the cultural section of Philadelphia as one of the finest examples of Second Empire architecture in the United States.

MPG performed a complete restoration on the Union League of Philadelphia’s exterior masonry which included replacing existing brownstone steps with new cast stone steps to match the original; restoration, rebuilding and cleaning the brick; resetting and replacing granite steps; selective granite façade replacement; masonry coatings and staining; removing and resetting pavers; and joint sealant replacement. One very specific challenge was replacing the existing brownstone balustrade and ramp and twist railing at the front entrance with new brownstone to match the existing original. In addition, several hundred pails of composite patching material were applied and tooled to profile to restore the building’s extensive brownstone quoining and trim. 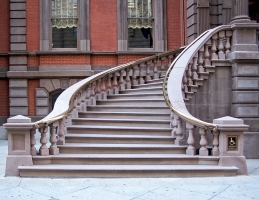 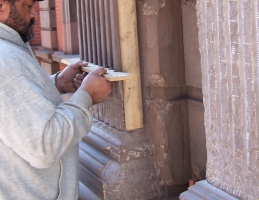 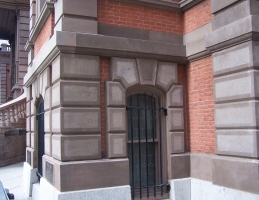 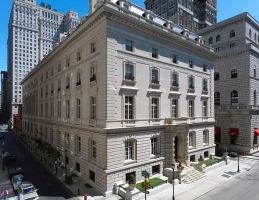